Our Privatisation, Procurement and Public Sector Assets Practice is one of the Firm's hallmarks. Our experts’ unique competence in this field is built upon their years of work experience in government authorities responsible for management of Country, regional and municipal property.

Our expertise is unprecedented in the Iranian legal market. We possess unique experience in preventing bankruptcy of strategic companies and assisting in “new wave” privatization projects, including advising the Iranian Government on all legal aspects of privatization . We offer unique expertise in industries such as defense, commercial aviation, railway transportation, science and education, postal services and telecommunications.
We provide GR support and legal counsel for “strategic” organizations, unitary enterprises, natural monopolies and joint-stock companies with state participation. Our experts have successfully represented the government in high-profile cases related to countering hostile takeovers of companies possessing technologies of critical importance. They have been involved in the first financial rehabilitation of a Iranian strategic company which resulted in the recovery of the debtor’s solvency.

In addition to representing the government, we advise and defend the legal interests of entities in the private sector in matters related to property privatization, public procurement and investment agreements. The Firm’s attorneys have acquired extensive expertise in settling conflicts with governmental authorities related to asset management, including those related to investment projects into residential and commercial real estate construction on state-owned land plots. The Firm’s track record includes a number of settled disputes between investors and governmental authorities.

Our services include:
• advising on all legal aspects of public property privatization including preparing a company for the privatization, organizing and supporting the privatization process, and assisting private sector entities in privatization deals;
• structuring and supporting transactions with government-owned assets, stake holdings and joint projects with state corporations;
• advising on transfers of ownership or lease rights to public land plots, including those of limited transferability;
• advising on various issues related to the disposal of public property and other methods of offering public property for commercial purposes, including implementation of investment projects involving public legal entities, market value appraisals, and performing legal due diligence on previously privatized and other properties;
• assisting in developing, negotiating, concluding and performing investment agreements with the government, settling disputes with federal, regional and municipal authorities;
• advising unitary enterprises and institutions on property management, utilization of budgetary funds and other issues;
• advising state corporations and companies with state participation on exercising shareholder rights, improving corporate governance practices, corporate restructuring, winding up subsidiaries and other issues;
• representing companies with state participation, unitary enterprises and governmental institutions in audits conducted by governmental authorities;
• advising on public procurement and developing procurement regulations for companies with state participation;
• representing clients before government authorities and in courts, including defense in contested public tender results.

What laws and regulations a potential foreign investor should know?

In addition to Foreign Investment Law and its Executive By-law which provide the basic rights of foreign investor, the investors are recommended to check following laws as well:
Trades Law for Joint Stock Company
Export and Import Laws
Direct Tax Act
Customs regulations
Labor Law for information on the procedure of using services of foreign nationals
Patents and registry of trademarks and inventions for information on industrial and intellectual rights

Is foreign investment allowed in Iran?

Based on current laws of the country, foreign investment is allowed in Islamic Republic of Iran. Any foreign investor can invest capital in any areas, including industry, mining, agriculture and services, for the purpose of development, prosperity and performing production activities. In view of the Islamic Republic of Iran’s government, only those investments which have already received the relevant permit based on this law could benefit from the benefits and supports provided in Foreign Investment Promotion and Protection Act (FIPPA).

In what legal and contractual template foreign investment could be received?

Foreign investment is possible in framework of any legal participation and partnership procedures and methods (in form of direct investment) and/or, through contract terms. By contract terms, it means methods of financing which take place in form of civil partnership, counter purchase and different types of building, utilization and transfer.

What is the definition of foreign investment and what are its characteristics?

Foreign investment means using foreign capital in activities in which, the investor undertakes the risk of capital return and its benefits. Based on the law, foreign investment is classified into two general categories:
A: Legal partnership (direct investment): This means the proportional investment by a foreign investor in an Iranian company, whether it is a new company or already established company. No limitation has been put on the share or number of stocks of foreign investor in such Iranian company and the investor can have a role in managing and running the company proportion to its capital or share in the company.
B: Contract terms: It means a series of methods in which, using foreign investment is solely governed by agreements reached by the parties to the contract. In another word, the rights of the foreign investor are not established as an outcome of its direct share in capital of the Iranian investee company; rather, those rights are based on the contract terms and agreements of the parties. Foreign investment in contract terms is allowed in all sectors. Capital return and benefits earned in such investments; too, are results of the economic performance of the plan subject of investment without relying on the securities provided by the government, banks and governmental companies.

In what sectors direct foreign investment is allowed in Iran:

Direct foreign investment is allowed in any areas the private sector is allowed to work.

In what sectors foreign investment is allowed in contract terms and templates?

What type of legal formation is prescribed for materialization of a foreign investment?

According to the Iranian trade law, there are seven types of companeis or legal entities that could be established, among which, joint stock company in which capital is divided into stocks or shares is prescribed as the most common and popular form of legal entity establishment.

Is it mandatory for the foreign investor to have a local partner?

No; it is not mandatory to have local partner; however, foreign investors usually decide to have a local partner as the Iranian parties are more familiar with working conditions, office formalities, ways to use local facilities, etc.

What is the foreign investment limit in Iran?

In terms of participation and amount of investment, there has been no limitation set for direct foreign investment in Iran.

What is the purpose of setting 25% and 35% ratios in clause D of article 2 of Foreign Investment Law?

Those ratios have nothing to do with the percent of foreign partnership in any given investment. In fact, those ratios govern determining the share of the value of goods and services produced through foreign investment plan to the whole economy of the country; which is to be calculated and determined separately for each sector and subsector (line) of business when the foreign investment permit is being issued.

What does special economic zone means and in what part of the country those zones have been established?

Special Economic Zones are restricted customs zones in which, importing goods, commodities, machinery and facilities is accepted from exports and imports regulations. Each one of those zones might have been established for special purposes; some for keeping the cargo to be imported to the country or to be exported; and some, in addition to maintaining the cargo might have been designed for production and industrial affairs. There are presently 17 special economic zones in Iran.

Are there any differences between foreign investment in the Trade-Industrial free Zones, Special Economic Zones and the main country?

What is the foreign investment protection law in Islamic Republic of Iran?

What is the role of investment regulations in free zones?

What does support in foreign investment law mean?

By support, it means benefitting from particular rights and advantages which will belong to the investor by virtue of foreign investment Act. In another word, investments which are not carried out via this law will not benefit from such rights.

What are those rights and benefits for foreign investor?

The most significant rights which will belong foreign investor based on the mentioned law include followings: Transport of interest, the capital and its benefits in foreign currency; Receiving damage compensation from dispossession and nationalization of foreign capital; Receiving damage compensation caused by legislating rules or government resolutions that would lead to ban or stop in executing financial contracts of foreign investor; Benefitting from same and equal conduct as local investors.

What other facilities and benefits are considered for foreign investors?

Other facilities and benefits stipulated in foreign investment law and its executive by-law are as follows:
Conversion and transporting the funds gained by different investment contracts and technology transfer in foreign currency;
Conversion and transport of principal and interest of financial facilities related to foreign investment;
Referring investment disputes to the international arbitration court;
Using foreign experts in the matters related to the investment projects;
Exportation without signing affidavit and obligation for the return of foreign currency gain to the country;
Keeping the foreign currency earned by exportation outside the country;
Direct access and the possibility of collecting foreign currency resulted from exportation from deposit banking accounts outside the country;
Exclusion from pricing criteria, distribution, non production and requirement of local manufacturing.

What subjects are mentioned in the investment permit?

In the investment permit, the ground of investment, the Iranian and foreign partners, the type and method of investment, percent of participation, and the amount of foreign investment, quality of transporting the profit, the gained benefits and other conditions of the plan subject of investment are mentioned.

What persons can invest in Islamic Republic of Iran?

The Iranian investment can be subject of foreign investment law if its capital has foreign source and the investor; too, presents documents that indicate its economic and trade activities outside the country.

Does investment permit have a specific validity date?

Yes. If foreign investor after the issuance of permit in a specific period which will be determined as per the necessity of the plan subject of investment and at the discretion of foreign investment committee does not import a suitable portion of the capital to the country, its investment permit will be invalidated.

What is the procedure of extending the validity period of investment permit?

Foreign investor is able to request for extending the validity date before expiry of deadline of permit validity by presenting convincing reasons. The investment council; too, studies the extension application and if it approves it, it will set a new deadline for the capital entry.

Are foreign governmental companies able to invest in Iran based on foreign investment law?

Yes. Foreign governmental companeis can make investment in the framework of foreign investment law; however, the law’s conduct on this type of investments will be the same as private sector investments and benefit from the benefits of the mentioned law.

There is a vast range of foreign investment grounds in Iran and all industrial, mining, agriculture and service activities that lead to the development, prosperity and production activities are included in this category.

Investments which had been performed in past and were not under coverage of law can be put under the coverage of law at any time after going through acceptance stage, provided they have already created added value.

Is it possible to make foreign investment in existing firms? If yes, how? 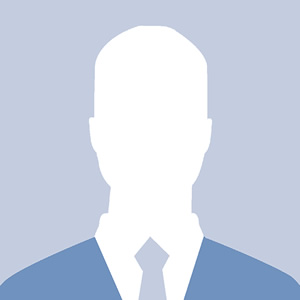